That testing and LIFT’s presence at the airport is part of a larger effort by the Air Force to aid in the development of that type of technology.

LIFT joins BETA Technologies and Joby Aviation, two pioneer businesses in the field of electric vertical take-off and landing aircraft, to work with the Air Force at the airport in Springfield as part of a project called Agility Prime.

At the same time the Air Force is seeking to create a supply chain to support production of that type of aircraft, sometimes called “air taxis.”

There was also a groundbreaking last year at the Springfield airport for an “advanced urban air mobility technology simulator” facility to aid those companies working on that technology. 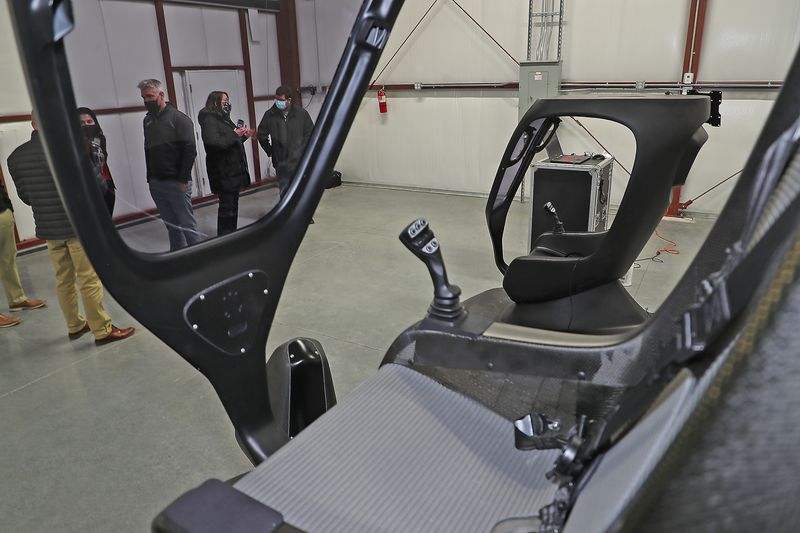 LIFT Aircraft unveiled their new electric vertical takeoff and landing (eVTOL) vehicle at Springfield-Beckley Municipal Airport Friday where it will be tested. The “flying car” is the first to arrive in Ohio, and is supported by a recent $226,000 grant from JobsOhio’s Ohio Site Inventory Program in infrastructure investments at Springfield airport. BILL LACKEY/STAFF

Elaine Bryant, with the Dayton Development Coalition as well as with JobsOhio, said Springfield’s close proximity to the Wright-Patterson Air Force Base makes it ideal for this type of project.

“It allows our Air Force engineers and professionals to come out to the airport here and actually lay eyes on actual hardware and potentially work on it alongside these companies as they continue to do the research and development required for this new industry,” Bryant said.

“We are also very excited about the potential to manufacture. As these companies do their research testing, we look at the deployment stage of this,” she added.

Tom Franzen, the director of economic development for Springfield, said that the companies working at the airport as part of Agility Prime will eventually lead to more local growth surrounding the new industry.

“To have these leading (eVTOL) companies here at the airport is really just creating that ground floor. It is going to build momentum and other companies are going to follow,” he said.

Franzen said the companies will use office space at the airport’s hanger as well as at its terminal. He said the next step would be to build a two-story office building at the airport that would also feature an associated hanger. 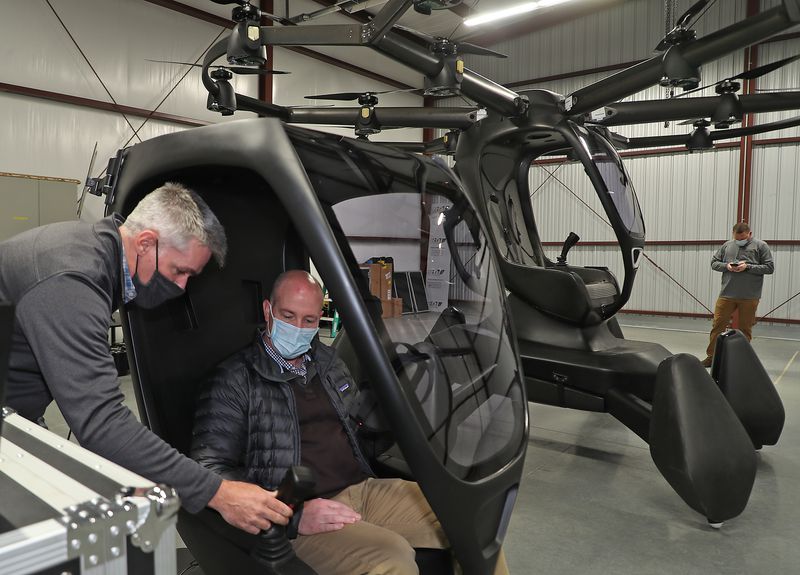 He said the city is still exploring that option and has estimated that the project would cost $7.5 million. The goal is to have an official announcement made by the summer.

Chasen said his company has developed a plan for the testing of its aircraft that will range from low altitude flights to flying higher, faster and further as well as deploying a ballistic parachute.

“This is one of the first aircraft in the world of its kind to enter production. There are a handful of companies that are developing different types of electric vertical takeoff and landing aircraft. There are all sorts of stages and configurations,” he said.

Chasen said the aircraft will be simple and small and will conform to the Federal Aviation Administration’s ultralight classification. It also does not require a pilots license to fly.

He said that is a different approach than a number of companies that are building multi-passenger commercial “air taxi” aircraft, which takes longer to develop.

“This technology works like a drone. You just tell it where to go and the autopilot computer interprets your commands and adjusts the RPM of the electric motors,” Chasen said.

Verify If Your Area Or IP Is Blacklisted

How To Discover Information About My Pc