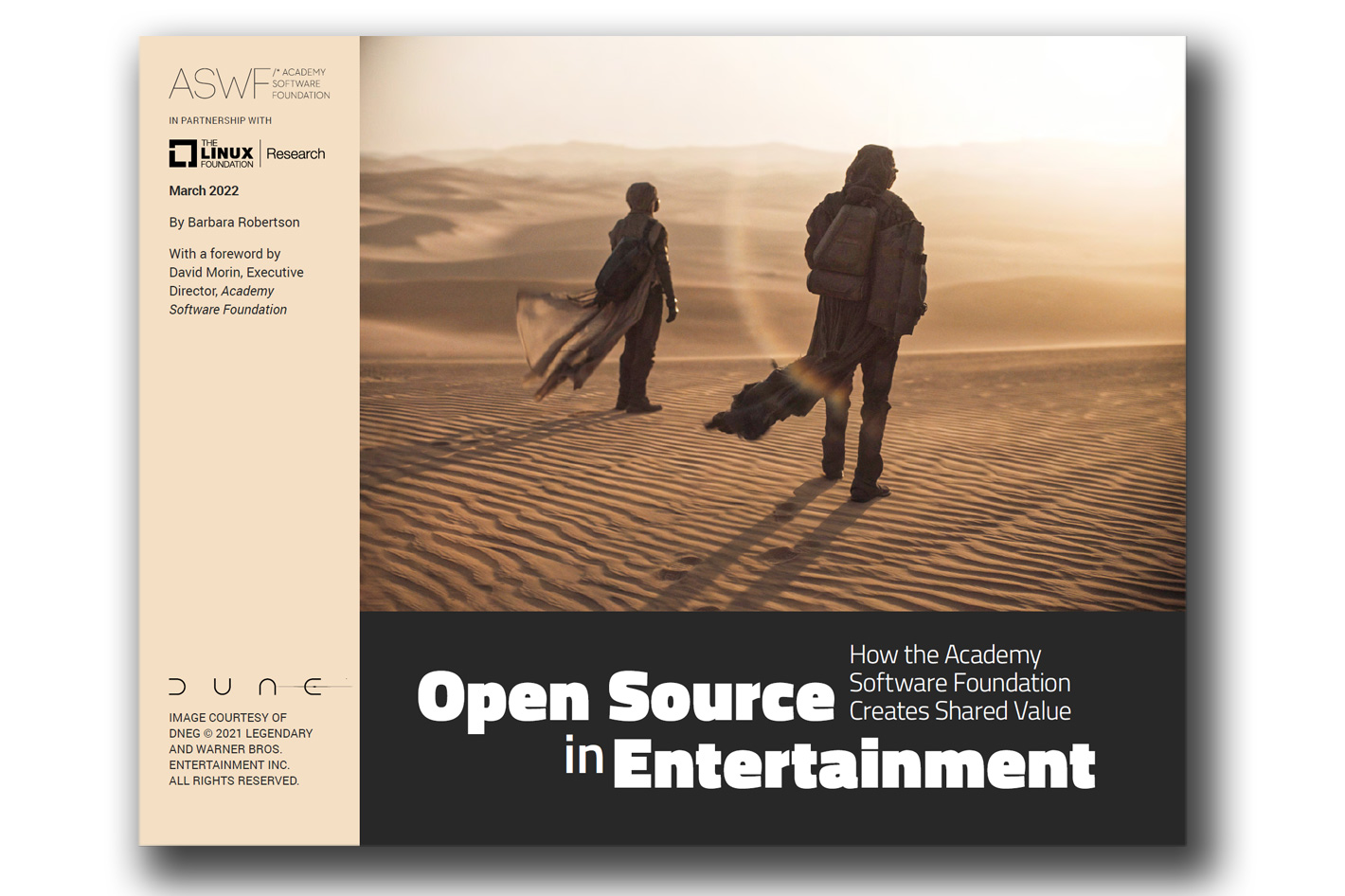 The new research paper from the Academy Software Foundation spans the evolution of open source technology in the modern filmmaking era, with opinions from industry veterans.

“We’re pleased to share the Foundation’s first-ever research paper, tracking our many accomplishments since our founding, four years ago and what we have next on the horizon,” said Morin. “Together we are proud to be building both a community and an open source development platform with studios, vendors, and developers that empowers filmmakers to realize their most ambitious visions.” 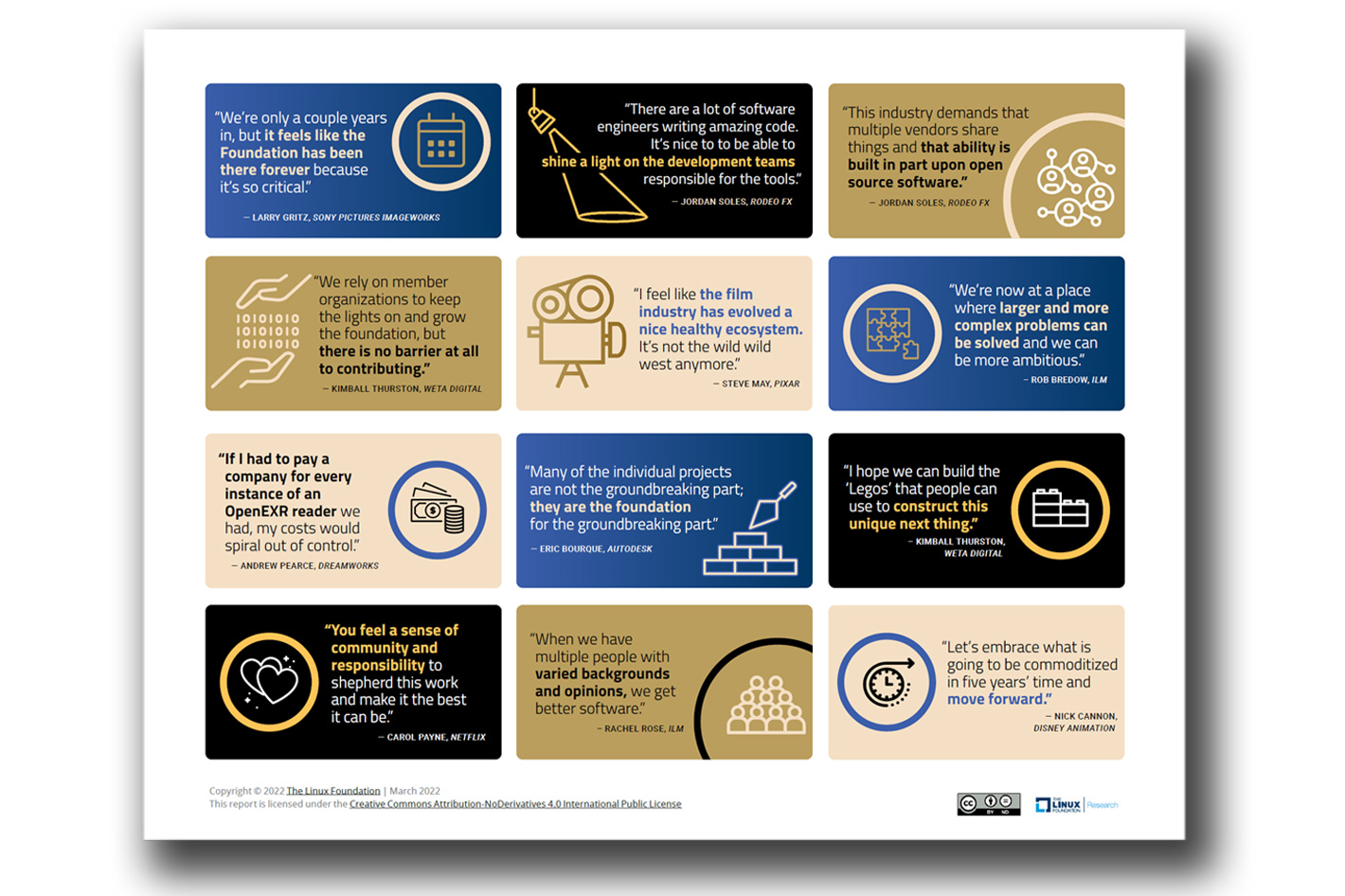 The paper traces the origins of today’s open source landscape to pioneering digital visual effects and animated films of the 1990s, including Toy Story and Jurassic Park, as computer-powered techniques ushered in a new era of filmmaking. From the earliest days, engineers and developers recognized that open source tools would be advantageous for collaboration and efficiency.

In August 2018, the Academy of Motion Picture Arts & Sciences and the Linux Foundation together established the Academy Software Foundation to serve as a neutral platform for continued development and adoption of open source software, and as a place for people to share resources and collaborate on technologies for image creation, visual effects, animation and sound. It is home to Digital Production Example Library, MaterialX, OpenVDB, OpenColorIO, OpenEXR, OpenCue, OpenTimelineIO, Open Shading Language, Raw to ACES, and Rez. 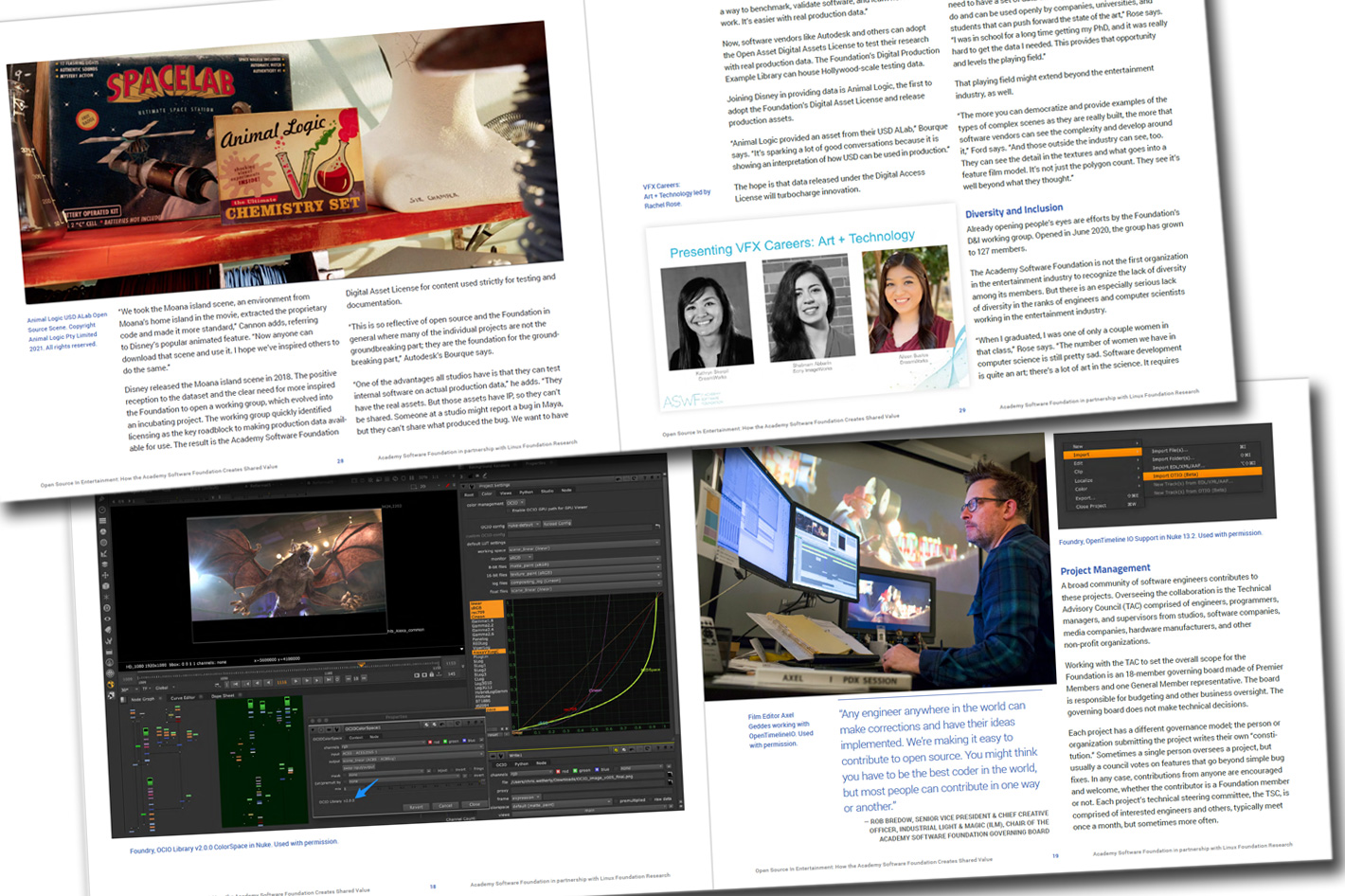 Today the Foundation manages 10 open source projects, and counts 33 member organizations. Since its founding, there have been 54,200 contributions to the open code in 14 Foundation repositories, equaling 3,110,000 lines of code. The number of unique contributors doubled from 734 in January 2019 to 1,519 in November 2021. As the industry continues to evolve, the Foundation’s shared value is clear: anyone can contribute and invest in developing tools that are more interoperable and efficient.

“This industry demands that multiple vendors share things, and in part, that ability is built upon a lot of the open source software. The community that lives behind an open source project is as valuable as the project itself. To be able to be part of a community of developers who understand what you’re trying to do and can lead you in the right direction quickly is fantastic,” said Jordan Soles of member company Rodeo FX.

This research paper was launched ahead of the Foundation’s annual Open Source Forum on March 10, bringing together industry leaders at the Academy Museum of Motion Pictures to collaboratively chart the path forward for open source software development.